Many thanks to Ulrich Meinhard for the nice article on my life with the salterio!

After years of researching, the first results arrived in print! I wrote an short article on a salterio built by Antonio Battaglia and general notes on his famous salterio workshop in Milan. All that was published in a beautiful exhibition catalogue titled “Preziosi strumenti”. It is in Italian and English – check out for more on my website under “Research”!

Nice photo-souvenirs of our concert in Baarn (NL) in February 2019, in the series “Prelude Klassieke Muziek” by wonderful Kees Koustaal. Having a wonderful atmosphere and lots of standing ovations… Thanks!

But for a cpo CD by Salzburger Hofmusik with 18th-century music chiefly by Telemann featuring Salterio, which I actually bought for the contribution from chalumeaux and Baroque clarinet, I would have been as unaware as I guess most people are of the 18th-century vogue for the instrument. This programme includes delightful instrumental music by Fulgenzio Perotti, Florido Ubaldi and Vito Ugolino featuring the instrument as well as two works for solo alto by Giovanni Battista Martini and Girolamo Rossi which feature salterio in the accompanying ensemble. In Martini’s fine Motetto, due to the prominence of the solo voice, the salterio is initially just part of the accompanying texture, although presently in a couple of items it steps out of the shadows to take a more prominently solistic role alongside the vocalist. In Rossi’s Lezione Quarta, by contrast, the salterio plays a much more fundamental role. The hand-plucked strings of the salterio have a delightful tinkling quality, which allows it to contrast with the harpsichord when the two are playing together, and imbues music it participates in with an elegant and charming timbre. Although I have little to compare it with, Franziska Fleischanderl’s playing is beautifully effective and effortlessly elegant, while Romina Basso’s solo singing and the playing of the ensemble Il Dolce Conforto are both models of musicality and expressiveness. This whole unsuspected repertoire definitely deserves more general attention, and the musicians here have done us a great service in bringing it to a wider.

A  poem was dedicated to the salterio and I’m very honored to announce it here.
By E.Rasmus 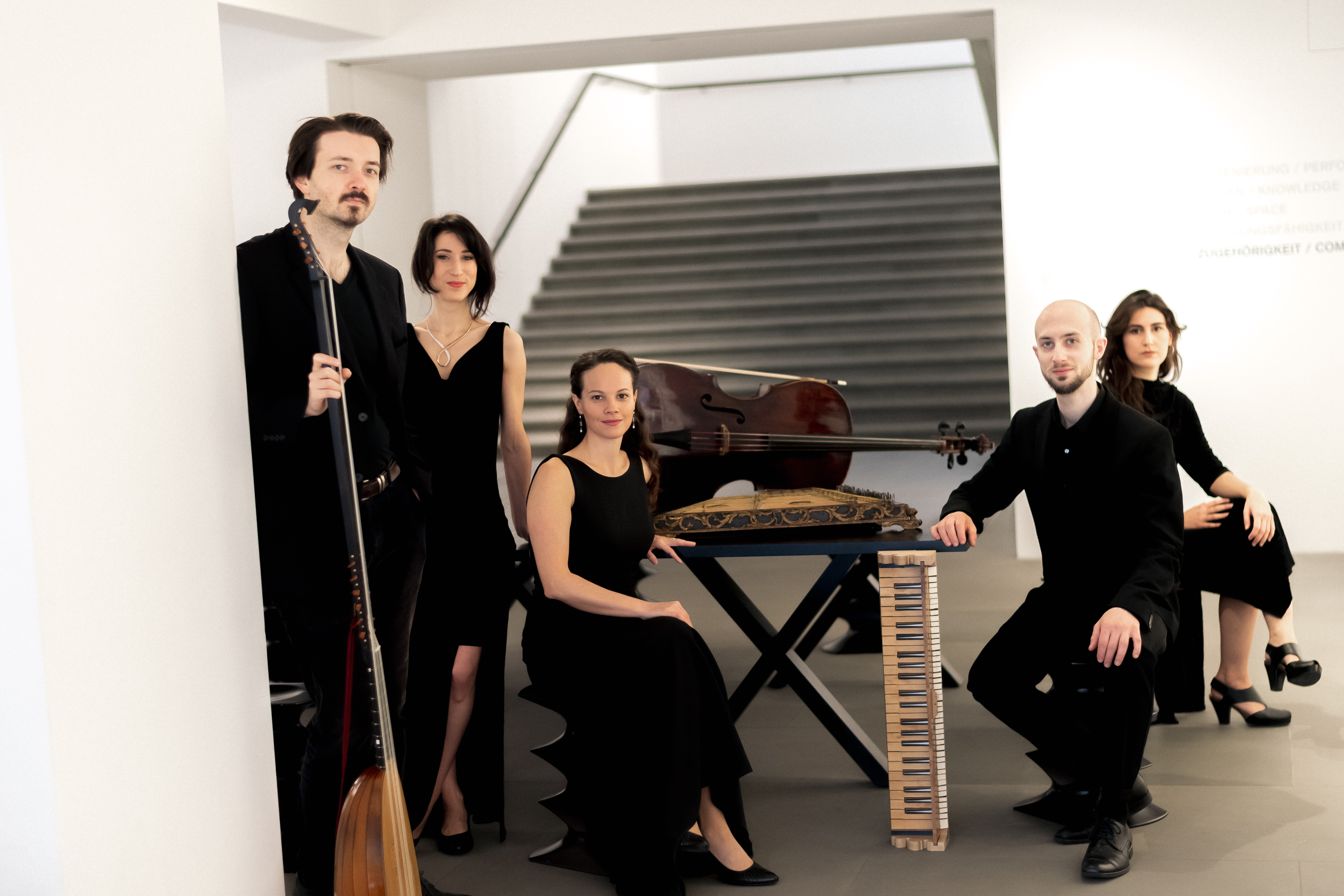 “Salterio italiano” was featured in the daily programm “Des Cis” in Austrian’s Culture Radio Ö1. The journalist Irene Suchy made a lovely review of our newest release and awarded “Salterio italiano” with the “Des Cis CD of the week”. Thank you!
https://oe1.orf.at/programm/20180726/520666

“Salterio italiano” is the “CD of the week” on BR-KLASSIK.
THANKS to Dirk Kruse for his fabulous CD review. Here the final extract: “…Beseelte, wunderschöne Musik in ganz neuen Klangfarben. “Salterio italiano” ist ein Must-have für Freunde der Alten Musik.”
Re-listen or Re-read the review under that link
https://www.br-klassik.de/aktuell/br-klassik-empfiehlt/cd/cd-tipp-franziska-fleischanderl-100.html

It’s released! The first recording of original salterio music, played with both playing-techniques pizzicato and battuto in equal measure. I am not exaggerating when telling you, that this is a new chapter of salterio performance, as it sheds completely new light on the sound possibilities of the Italian 18th century salterio!
I am incredibly grateful to…
… my fellow musicians Romina Basso (mezzo soprano), Deniel Perer (harpsichord/organ), Nicola Paoli (violoncello) & Manuel Tomadin (organ)
… Tritonus Musikproduktion & Markus Heiland (sound engineering)
… label Christophorus (CHR 77426)
… Thomas Radlwimmer for fotos and the video!